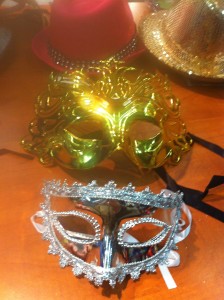 If you think that the rich escape from misery, you are wrong. After a long period of what seemed to be ´everlasting growth´, with more wealth for everyone in the house, entropy came in through the bathroom window. The concept the Welfare State that from the 1960’s on gradually emerged from the Industrial Revolution seemed to give capitalism a friendlier face. Apparently Apple, Nokia, Vodafone and Ikea made life more comfortable than ever for the multitude. Purchasing Power seemed to have beaten Production Power recently. Supply no longer determines demand, but the other way around.

Sorry… Appearances are deceptive. In fact deep down under – invisible and so unnoticed by the multitude of people – capitalism turned bad. From market to market, large corporations, cartels, and monopolies took over business from small and medium sized shopkeepers, traders and service providers. Operational excellence became a license for directives from the top down to the workfloor, for control, extermination of self-employed and dismantling of the laissez faire system as described by Adam Smith. Consumers no longer decided for themselves what to eat, to drink or how to dress. Big business, with deep pockets filled with marketing-communication budgets, did this trick for them. Supply and Demand in one hand gives extreme command and filled the pockets of multinationals.

Big Government played a similar kind of power play. High taxes gave politicians the means to please citizens and get their support. Operational Excellence: two hands helping each other to dig for gold. Politicians in Europe and the US reacted with anti-monopoly laws and rules for the record, but real business size and power grew faster than ever before. Business leaders – facilitated by government officials – continuously kept pushing private and public demand to new heights and created an affluent society with numerous destructive side effects.

The Affluent Society concept has been coined in 1957 by economist John Kenneth Galbraith when he described the super economy USA. The real US-income per person in those days was about $9.000 (in dollars with relatively the same purchasing power as in the year 2000). In 2005 the income per person was $28.000 (in 2000 dollars). Americans owned twice as many cars that year than in 1957, they were eating out twice as often, owned a dishwasher in 50% of households (coming from 7% in 1957). Tumble dryers, air conditioning and daily showers became necessities in three out of every four households.

In absolute numbers the North Americans were much better off financially in 2005 than in 1957, but they were not happier. Since 1957 the number of Americans who say they are ‘very happy’ stayed more or less stable at 35%.

Research shows some correlation between national wealth and wellbeing (measured as self-reported happiness and life-satisfaction). Once nations reached the $10.000 GNP per person limit, researchers found out, higher levels of national wealth were not predictive of increased wellbeing. Other needs than ‘having money’ are showing up. Manfred Max-Neef, Chilean economist, distinguished four existential needs (Being, Having, Doing & Interacting) and nine ‘axiological’ (relating to values) needs in his Human Scale Approach.[2] Max-Neef argued that in conventional economics there are two links: wants and goods. He, and co-author, phycisist Philip Smith[3], replaced these with three links: needs, satisfiers and goods. The needs and the satisfiers are inmaterial. One of the axiological needs, for instance, is Understanding. Its’ satisfier can be literature and the good is a book. The axiological need Understanding in combination with the existential need Having, leads to teachers or schools (institutions for learning). Max-Neef and Smith concluded that the main task of economics is to distribute material matter in such a way that the fundamental needs of all are satisfied. They put cooperation at the centre of the value system. By doing so they come to the same conclusion as JES, although they have walked through different lanes. The main difference between the Human Scale Approach and JES is the incorporation of the dynamics of change in the latter. You will read so further on. In both visions competition looses power. The environment too benefits from such development.

Slowly more and more people become aware of the destruction as a consequence of fierce competition. In a competitive post-industrial world, opponents fight for markets and countries at the cost of

The victims, men, women and children, just suffer the consequences of a zero sum society where the winner takes all washing ecological and societal costs with economic follies. Until the tables turn and victims become winners and winners turn into losers.

We can turn to Gary Snyder for hope: ‘As the evolutionary model dominated nineteenth – and early twentieth – century thinking, henceforth the ecological model will dominate our model of how the world is reciprocal and interacting rather than competitive. Actually we move away from social Darwinism – the survival of the fittest – to ecological Darwinism: the survival of the most cooperative’.[5]

A printed book is available at amazon from February 1, 2014. In Dutch and Flemish bookstores and webshops the printed edition will be available from March 10, 2014.

[3] Philip B. Smith & Manfred Max-Neef, Economics Unmasked, from power and greed to compassion and the common good, green books, 2012

[4] The State of the World’s Refugees in search of solidarity, UNHCR, 2012