Escape From The Make-UP World 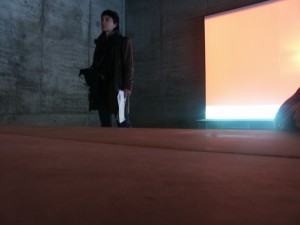 Why expectations almost never come true, why things work out in chaotic ways, and who’s to blame.

Bluntly stated, more recapitulating than arguing, because it seems so clear in it self: management, marketing and manipulating have at least one thing in common. They start with the letters m&a. Like: machinery, maddening, mafia, magic, magnetism, make-believe, make-up, marriage, massage and master. Words with an aura. The aura of fake and swindle.

There are numerous tricks to succeed in this make-up world. The expert par example hides the truth behind large data sets and models. Modelling is used here as a way of knowing why and how people move. But in fact people always move in just the other direction, because there are so many reasons for so many people to act according to their own needs and impulses rather than the needs that experts construct for them out of endless historical data.

Experts think they need their computers and their plastic world to gain authority. They are used to drawing plans on maps and not looking at how people interact and use space. Mechanistic constructions aim to make difference irrelevant. It makes the world simple and clearly set out.  Put everyone in the same box with the label ‘majority’ or ‘mainstream’ – two other m&a’s – and it’s much more easy to analyse, predict and provide.

Reality however is no straight line. Life is not linear but chaotic. The layman, I guess, comes closer to truth than the so-called expert. His knowledge is based on intuition, on everyday, casual, common sense understanding. He knows that in reality there’s plenty room for difference and free choice. As a matter of fact difference is the rule and uniformity the exception. That’s what makes life so exciting.

Besides experts and laymen we can distinguish two other groups with large stakes in decision-making and change: politicians and governors/managers. Politicians are people with a mission. They want change (progressive) or continuing of the status quo (conservative) and they use their power and the system (democracy, bureaucracy) to succeed and make their own lives comfortable. Governors and managers are professionals who apart from the actual situation do their thing: take good care that the right procedures and methods are used and people stick to the rules. They act as if the world is a play station and they are the players.

Politicians, governors, managers, experts and the institutions they are part of, want to control the worlds in which the layman lingers. But the layman doesn’t take it anymore. He has his nose full of the meddling. He or she acts more and more independently and as a part of several networks. The world is full of wilful individuals and of networks. The commitment, knowledge and doggedness of these individuals, more often than not middle-ranking officials rather than those in leadership positions, plus the networks that are a kind of ‘self expansion’ to them, are the real drivers for change. Exciting! But the danger awaits around the corner: hierarchies within networks. They are just another way of control. For the sake of innovation and renewal: keep your networks flat and open!