Kick off JES! towards a Joint Effort Society 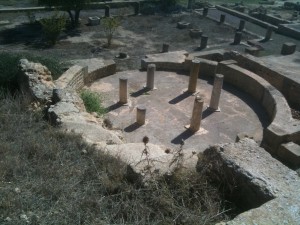 Introduction to JES! Towards a Joint Effort Society

‘I regard myself as a system, whatever that might mean, and I accept with positive valuation the fact that I am one, preferring to be one rather than fall to pieces and die; and I regard the person whom I love as systemic and I regard my system and his or her system as together constituting a larger system with some degree of conformability within itself.’

(Gregory Bateson, a definition of love in cybernetic terms, 1972)

Above all else, living means ‘dealing with problems’, the internationally influential British economist Ernst Friedrich ‘Fritz’ Schumacher (1911-1977) writes in his guide for the perplexed. Schumacher is famous for his critique of Western economies and his proposals for human-scale, decentralized and appropriate technologies. In fact Mr Small is beautiful distinguishes two types of problems. One type usually is killed pretty easily by ratio. Especially when geometry, mathematics, quantification, measurement, and exact observation work together in order to find the best thinkable solution for a distinct, precise issue. These kinds of problems have a solution that is just waiting to be discovered. Once the answer is found, the problem doesn’t exist anymore. It ceases to be interesting. A solved problem is a dead problem.

The other types of problems cannot be solved so easily, because they involve life and the characteristics that distinguish living creatures (plants, animals, humans) from dead materials like stones. Schumacher means ‘life itself’ distinguishes plants from materials. ‘Consciousness’ distinguishes animals from plants, and ‘self-awareness’ is a typical human potential. On high ‘Levels of Being’, problems are moving targets and they often have two (or more) faces.

A conflicting approach positions the educator as a gardener, whose function it is to provide for healthy, fertile soil in which a young plant can grow strong roots; through these it will extract the nutrients it requires. The young plant will develop in accordance with its own laws of being, and will develop best when it has the greatest possible freedom to choose exactly the nutrients it needs. Freedom and discipline (obedience) here is a pair of perfect opposites. No compromise is possible. It is either the one or the other. There is not one solution. And yet some educators are better than others. Their secret is that they know how to mobilize higher forces. Not as a lucky shot, as an occasional impulse, but permanently. This requires a high level of self-awareness and the power to bridge the space between people. Not with the intention to direct, but to create an atmosphere of mutual respect and understanding. An attitude of flexibility, adaptation and compliancy instead of controversy can trigger forces of a higher order, like: love, empathy, wisdom, understanding, compassion…. These forces cannot kill a problem, but they can transcend it. They go beyond the usual limits of problem solving and pave the way to enlightenment: knowledge about and understanding of something.  Schumacher helps people and organisations to strive for higher levels of (well)being and quality of life. ‘The important thing,’ he writes in A Guide for the Perplexed, ’is whether a person rises to his higher potentialities or falls away from them.’ People and organizations that are sensitive for such an approach can reach a higher level. They have ‘adaequatio’. ‘Everything in the world around us must be matched with some sense or power within us,’ explains Schumacher. ‘Otherwise we remain unaware of its existence.’ People who don’t question anything, who just vegetate, may be happy, but they play in a different league. The league of Manuel in Fawlty Towers: ‘I don’t know nothing; I’m from Barcelona.’

The Joint Effort Society at the power within us to support solutions for big societal problems: poverty, women trafficking, environmental damage, global warming…. JES! is about individual and societal awareness. One of the first things we notice has to do with economics: Society always needs more than it can realize. It is full of tensions between opposite needs.

If we should categorize our work on a Joint Effort Society (this probably means what you think it means), the answer is that it comes close to Social Studies, with emphasis on the awareness of systems.

Another influential British thinker who helps us to explore higher grounds, Gregory Bateson (1904-1980), consistently invites us to look to patterns that connect. He warns us not to jump to conclusions. ‘There is a strong tendency in explanatory prose,’ he says, ‘to invoke quantities of tension, energy, and whatnot to explain the genesis of pattern. I believe that all such explanations are inappropriate or wrong.’[2]

Why do some things happen and do other things not? To answer a question like these, one has to understand something of how systems work. One has to go beyond the limits of mere partial problem solving, to a higher, overarching level, in order to get a glimpse of the bigger picture. Bateson has a primary interest in understanding the whole. He presents every problem as part of one or more dynamic (ever changing) systems. In his worldview systems are living. They operate like the human mind. So, a system can learn, correspond, interpret events, it can self-correct in various ways. Bateson tries to teach us to think at multiple levels and indicates the possibility of different truths that are not contradictory, because they are true in different ways.[3] The distinction of multiple layers of causation makes the observation and analysis of reality so complex that Bateson c.s. hesitate to act.

Society is a very complex system of systems. Nobody knows how it works. Interventions are doomed to fail. By mastering complexity, getting hold on the system and investing time and money in social media and all kinds of networks, maybe it becomes possible for the multitude to live in peace and get the life that they want to live. For those reasons, society badly needs theories in order to simplify things, so that everyone knows what it is all about. Transparency, openness and explanation, stimulate the willingness to act.

The theory of Ecolution, underlying JES!, is about systems, economic, ecologic, social, political, spiritual and psychological systems that all interfere, interconnect, entangle and entwine with each other, they are embedded in visible and invisible ways, influence each other. The Theory of Ecolution is also about change, turning the tide and developing sense on how and where to find leveragepoints that help to steer developments in the wanted direction.

It is about extreme poverty, resource depletion, pollution, financial crises. It is about human rights, freedom(s) and living a life of meaningful wellbeing. It is about competition and cooperation. It is about life.

It shows how a change in human behaviour, decisionmaking, technology and/or institutionalization can take society to a higher economic, ecologic, psychological and socio-cultural level. Ecolution is a new term. It includes sustainable development, but is broader and more action driven. Ecolution takes people, planet and profit away from a state of destruction into a state of construction. For this purpose about thirty, forty prefab concepts are available. A concept may be defined as ‘a design for action’.

The concepts have been processed and then put into a Matrix. The Ecolution Matrix stimulates thinking about higher levels (plateaus) of (well)being and quality (quality of life, spatial quality). Old concepts are used and new ones are developed to understand a specific situation and to draw a strategy for action, reckoning with the dynamics of systems. The result is a book about how to handle big societal problems like mass-poverty, climate change and a world without oil on a small, regional and local scale, close to individual people.

‘In theory, theory and practice are the same, but in practice they’re not,’ Hawken, Lovins & Lovins state in Natural Capitalism.[4] They are right, for several reasons. One reason is, that we don’t know enough about systems and networks yet. They surprise policymakers again and again. Another reason is offered by Bateson: ‘It is, I claim, nonsense to say that it does not matter which individual man acted as the nucleus for the change. It is precisely this that makes history unpredictable into the future.’

The art of living is more than ‘dealing with problems’. True progress is not made by problem-solvers, nor by dedicated followers of fashion. The true progress of a human being, according to Schumacher, constitutes of three tasks[5]:

The search isn’t finished with this book. We hope it never finishes, for life can only exist in dynamic ever changing surroundings. This book is meant to learn how to deal with these changes, and to search for constructive solutions for our largest, seemingly unsolvable issues that incorporate the inner tension of opposites inside them.

The Ecolution Method that is proposed holds nothing rigid in it. Everything can be different! This makes it hard for some people to grasp the idea, but it is as a matter of fact, the core of the idea. Be open to change and try to understand what happens, try to see the meaning, sense the pattern and visualize where you are going, learn while doing, alone, in an organisation, family, community, nation state, in the world. If we did our job well, you will develop a sense for the systems and patterns around you, you will learn, just as we did, about meaning and wellbeing. It rises from the pages like the scent of herbs from a well-prepared dinner.

The above is related to JES! Towards a Joint Effort Society.

[7] The basics of the theory, toolbox and conceptual framework originate from the thesis Allemaal Winnen, Bakker & Van Empel, nonfiXe puB’s, 2012

[8] These will be elaborated on in Part II, The End of Competition, Chapter 3