Steering in a world of uncertainty, complexity and chaos, part II 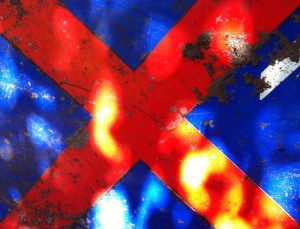 We distinguish two different ways of steering in the direction of a goal or moving target. Transition management is a steering approach focusing on a huge system change. ‘On paper this approach looks impressive,’ Hans Jeekel, who works for the Dutch central government in The Hague, writes in his thesis about the Cardependent Society, ‘there are however not so many clear results and the starting points have been criticized.’ ‘Transition management,’ Jeekel continues, ‘is rooted in the tradition of systemthinking. It assumes that concerned intervention, focused on specific sustainability targets, is possible and can be effective.’ At first sight transition management is more goal-orientated than for instance networksteering, but ‘where are the organizations and institutions that prove to be capable to turn over the actual regime?’ For understanding the basics of transition management, three notions are crucial: regime, landscape and niche.

A regime is the overriding system of rules, agreements and institutions.

Landscape can be defined as the aspects of the context – the environment outside us – that has more influence on the whole system than the regime-actors. Changes in the landscape work out as a pressure on the actual regime.

Niches are protected spaces that allow nurturing and experimentation.

Radical change may occur as a result of distinct selection criteria operating in a niche. Developments may start with one or a few projects, carried by local networks of actors, who are interested in innovations for idiosyncratic or local reasons. Local projects form test beds for diffuse ideas and spaces. Niches shape the micro-level from where radical novelties emerge. The socio-technical regime builds the meso-level, which accounts for the stability of existing large-scale systems (in transport, energy, etc). The macro-level is shaped by the socio-actors (e.g. macro-economics, deep cultural patterns, macro-political developments). Changes on landscape level usually take place slowly, in the order of decades.[1]

Networksteering is like turning the wheel in the sand during Paris-Dakar. This metaphor indicates a non-linear world, in which it is not easy to navigate. Networksteering is: following your senses. It is the art taking time before choosing a direction, in order to feed the dialogue between countervailing insights, which has to lead to passable roads (practicable ways). Networksteering is about walking or driving down unfamiliar roads without prejudice.[2]

Acknowledging that a more structural management of wicked problems is not possible. Smart interventions are the highest possible result. Every opportunity, every chance has to be taken to dance with the systems, supposing that the dancers have enough guts and energy for some twist and shout. Typical for this line of thinking, deciding and acting is the experimentation in several development rounds. After each round the results are monitored, evaluated and reviewed, in order to get at least learning results.

In this steering model nobody tries to mature people quickly into more or less defined change outlines. A big difference with the other steering perspectives is that the goal is not fixed in advance. It emerges during the process. In this perspective no one believes in top-down steering.

Living in a society that can be characterized more and more as a global network commonalty with different layers, loyalties and endless streams of information sharing between numerous people, the networksteering model seems to be the most adequate way for decision-makers, politicians and managers to cope with reality and try to initiate change. Because: how relevant is a neat hierarchy to a world characterised by complexity and chaos? Self-organisation in business relies on intelligence that exists in every part of a complex adaptive system (in the mind of every employee) and makes it possible to tap this resource and release its formidable potential. That capacity, in turn, allows companies to seize opportunities and solve problems when they arise. Self-organization and emergence are the twin engines of adaptive work.

Another question that badly needs an answer: To what extent can change be managed? The dominant Newtonian worldview underlies much of the thinking in this field: a common feature is an implied predictability – if management does this, then that will follow. Complexity theory offers a different insight: We can never direct a living system. We can only disturb it.

To a generation of managers brought up on ‘making it happen’, ‘letting it happen’ may prove to be an unsettling alternative.[1]

[2] For the Networksteering perspective we leaned on and have lended  from Hans Jeekel, De Auto-Afhankelijke Samenleving, Eburon, 2011, pp 256-265.