Still living in a fossil world 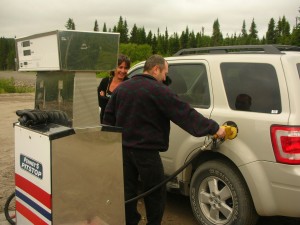 Everybody is talking about renewables. It is a sexy topic. Driving on solar, living on wind. If you like illusionism, stop reading immediately.

This is not about illusions but about facts. In fact ‘developed regions’, like Europe and the USA, are addicted to fossil fuels and only pay lip service to sustainable development. In the United States for instance 86% of the energy mix consists of fossil fuels, 8% is nuclear power and a modest 6% of the power is generated by renewables. The Netherlands relies even more on fossil fuels: 94%. Nuclear power takes 1% of the pie, renewables a modest 3%  and ‘others’ 2%.

The energy mix of a country is the range of energy sources used, either renewable or non-renewable. Renewable energy can be used again and again, and will never run out. The supply is unlimited. It comes from natural resources such as sunlight, wind, rain, tides and geothermal heat. The traditional ‘renewable’ biomass – wood for the fireplace or campfire – is not included in the strict definition. That is why environmentalists all over the world prefer a broader definition, with traditional biomass as one of the heroes. The picture looks sunnier in this case. In 2008 about 19% of the global final energy consumption was generated with renewable sources, 13% of which by traditional biomass, mainly used for heating, and 3.2% from hydro-electricity. New renewables (small hydro, modern biomass, wind, solar, geothermal, and bio-fuels) accounted for another 2.7% and are growing very rapidly. The share of renewable energy sources in electricity generation is around 18%, with 15% of global electricity coming from hydro-electricity and 3% from new renewables.

We return to our own source: a table drawn by Lightbucket, using reliable data.

Fossil fuels still have a big stake in the mix in a lot of countries, for example Australia and Ireland (97%), Greece (94%), Italy (90%)… World Mean for fossil: 87%. Nuclear and renewables both score 6% and have a long way to go before they can catch up with fossil.

New about this table is the combination of energy mix and carbon emissions. The research question asked: how does a country’s energy mix affect its CO2 emissions? Conclusion: low energy consumption works well, a low-carbon energy mix works well, the two together are a winning combination.

Four developed countries have emission intensities below 2 tonnes CO2 per US$10.000 of GDP: France, Iceland, Sweden and Switzerland. Iceland’s energy mix has the highest fraction of renewables of any country, not as a consequence of good government, but as a result of natural circumstances. Iceland has cold winters and consumes more energy than any other country, but it is blessed with very large geothermal and hydroelectric resources as well. France has the highest nuclear fraction at 40%. About 80% of its electricity is nuclear-fuelled. Sweden is close behind, with 37% nuclear energy. Sweden’s mix of hydroelectric and nuclear power and France’s heavy use of nuclear power, give both of them very low emissions by population and by growth domestic product (GDP).

The nr. 1 however is Switzerland. Its power generation is almost entirely hydroelectric and nuclear. This winning model will get a backlash from the fall out in Japan. ‘What the Japanese earthquake has made clear,’ the European Energy Review comments on March 14, ‘is that a modern, high-tech energy system is highly vulnerabe to external shocks, be they natural, or man-made, as in the case of a terrorist attack.’ Conclusion of the article: Europe is not prepared to cope with disasters like this.

Until the weekend of March 12/13, US President Obama, mainstream environmental groups and large numbers of Republicans and Democrats in American Congress agreed that nuclear power offered a steady energy source and part of the solution to climate change, even as they disagreed on virtually every other aspect of energy policy. Barack Obama was seeking tens of billions of dollars in government insurance for new nuclear construction, and the nuclear industry in the United States, when a heavy earthquake disturbed the fresh nuclear dream.

The tables are turning. Since the disaster of Japan a new consensus is growing rapidly on how to prevent the nightmare scenario of a meltdown: the risk diminishes by investing heavily in new – clean – renewable energy sources instead of in nuclear power plants. That’s the new way Obama goes. As stated by Clark Stevens, a White House spokesman: ‘The president believes that meeting our energy needs means relying on a diverse set of energy sources that includes renewables like wind and solar, natural gas, clean coal and nuclear power.’ The last source becoming less dominant as the damage in the land of the rising sun becomes more and more clear.