The battlefields of today, intro 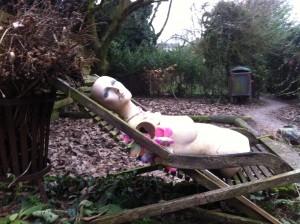 The underneath battlefields describe some of the most devastating scenes in the world today. They are deleted from the book JES! Towards a joint effort society, because after all JES! is about solutions. Less is more we decided in this case. However the stories are important enough to be spread and create awareness. Therefore we placed them here.

The Battlefields of the 20th and early 21st century have been stages of war. The causes can be traced back through history and are linked to the names of persons, leaders who wanted power. Leopold II, Hitler, Stalin, Saddam, Assad… all commanded their military to fight for Blut und Boden.

The Battlefields of the future will root in systems and will be hard to prevent. They have no faces, no persons to blame in particular. The black pages containing Take 1 to 8 form the scenario of developments that started yesterday, happen today and go on tomorrow. The obsolete feeling of tragedy that rises from these battlefield shots can cause depression and lethargy for the reader; they picture deep misery and none of us seems able to change the titanical course humanity is sailing.

At first sight Take 1 to 8 may seem disconnected, but thick red threads run through them. You can read them in any preferred sequence, and enter the rhizome from the middle or just start at Take 1.

The direction the battlefields point at is towards total destruction, because the interconnected and entangled systems spiral downhill. The bill will be presented (is already being presented) to the rich as well. This is an invoice none of us can cover alone.

Who is to blame? Everybody is to blame. We all are part of the system and we are all able to kick the habit. Each individual can make the change if he or she chooses so. We can change the system from within. Understanding that is the first step towards awareness. A growing amount of people realizes this and has started to act upon it. JES is an outreach to them and to all others who are, or are becoming, aware of the power they carry within.

Before diving into the solutions, we take you through the swamp of destruction.