The Force of the Ecolution Matrix (on JES!) 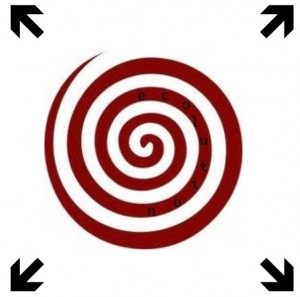 All the world’s a stage,

And all the men and women merely players:

They have their exits and their entrances;

And one man in his time plays many parts,

The five assumptions on which the theory of ecolution is based call for a different household management than the type neo-liberal economists have been promoting. Economy is put back to the place where it belongs: embedded in and supportive of social, ecological and psychological needs. Ecolution as described in the chapter Featuring JES! is a three-layered concept: a natural development, a continuous transition and an expedition into the future. All three layers are dynamic and fit for change. The concept aims at developing towards a higher ecological, socio-cultural, economic and psychological level.

The question is how to bring this about? The truthful cliché is that change is perpetual. Although a rather quick reversal needs to be brought about by force or, by a main concept in the conceptual framework of JES!, deconstruction. Deconstruction leads to chaos, the system that leaves room for creation.

Change is the essence of life. Most changes just happen, apparently without human interference. Some changes can be manipulated. Some need force, like the birth of a child. It is being pushed out of the comfort zone into the breathing world through a small corridor. At the other end of the lifecycle – where the Old and Settled are taking a last breath – the corridors are narrow too. Life is full of habits, familiarities and boring repetitions. Expectations of most ageing people get lower everyday, and so do the results. A self-fulfilling prophesy. To get out of this quicksand of self-destruction, a human being, a system, or a society needs some deconstruction, some disorder, some disorganization, maybe some dislocation too.

The purpose of change may be concrete or abstract. What counts is the change itself. Change stimulates resilience, flexibility and sensitivity to change. Those are lessons from biology and psychology, adopted by ecology and economy.

In JES! we call this catalyst for change: ecolution[1]. Ecolution is creative destruction of attitudes, technologies, institutions, decisionmaking, procedures, protocols and forces of habit that are taken for granted and have become a burden instead of a blessing for the individual, as well as for the communities he or she is part of.

The above is  related to JES! Towards a Joint Effort Society.

This chapter is inspired among others on works of Gregory Bateson, E.F. Schumachter, Gilles Deleuze and Félix Guattari. And on the thesis Allemaal Winnen, Bakker & Van Empel, Rotterdam, 2012

[3] E.F. Schumacher, Small is Beautiful, Economics as if People mattered

JES! Towards a Joint Effort Society is the follow up of the thesis Allemaal Winnen – Only Winners – on sustainable regional development, by Bakker & Van Empel, Erasmus University, Rotterdam, April 2012.

JES! applies the Ecolution method and adds new elements to it. Van Empel & Sicking completed the manuscript in November 2012. The book JES! Towards a joint effort society has been published in August 2013 by Leanpub & nonfiXe. Click here for more information.