The rise of a new kind of Entrepreneur: the SPIN [1] 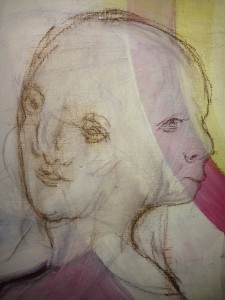 ‘What is the best Government? That which teaches us to govern ourselves’ (Johann Wolfgang Von Goethe)

A Student noticed: ‘The content of your book JES! Towards a Joint Effort Society largely summarizes the ideas of past thinkers concerning theory of governance and what is hampering sustainable development.’ With these words he unwittingly revealed how much he was beside the point. He probably wasn’t educated as a magician, or else he would have known that brewing needs some spices and that ancient old recipes can cure new diseases, provided the ingredients are stirred the right way. He would also know wisdom needs to be taught over and over again to the youth who has no recollection of past dictatorships and failures. Stand on your grandparents’ shoulders, as to know what they knew and than look further, for new horizons. Use the magic that is inside every form of life, including inside you.

JES! Towards a Joint Effort Society is a magicians’ book. You, I & all other seven billion individuals on Earth are – or can be – wizards; self-producing individuals that try to master their own problems and issues, as well as those of society at large.

We call this Self-Producing INdividual a SPIN and she/he enters our work for the first time in Allemaal Winnen and further on in JES! Towards a Joint Effort Society. The SPIN is the change-agent. He/she acts together with other SPINs without apparent organization, and certainly without hierarchy. The SPINs form a movement of equally focussed people. The magic words in the thesis Allemaal Winnen and its follow up JES! Towards a Joint Effort Society – we call these concepts or plans for action – may be of help, but need to be formulated by the SPIN and her/his network in the context they find themselves in. They do it the same way as an architect who plans a building. He looks at the context to find what can be added, searches for the concept that will provide the necessary ideas, forms and measures for the new building and than adds content to the space. Together content, context and concept create meaning. Not only in architecture, but in life! Such realization of the connection between context, content and concept is the starting point for the dear reader of JES! (and also the lieve lezer van Allemaal Winnen) who wants change to happen. First look at the context – in JES! we provided context through philosophy, storytelling, history and current events. Than research the concepts that can be of use to create change in the desired direction. Some of these plans for action are mentioned, but many more can be cooked up by new magicians. We thought of seven criteria for the concepts, in order for them to be constructive and sustainable.

You see, JES! is a demanding book, it asks of you to act and think alongside certain lines that have been drawn by wise men and women a long time ago, but that cannot be repeated enough until the whole of humanity gets the point.

Only after looking around (context) and being inspired by sparkling ideas (concepts/plans of action) the content of the change can be shaped. These three situational elements must be kept in mind while reading JES! and getting ready for action.

The current context is that of an economy, ecology and social/cultural developments in the mode of destruction. How can we get them into a construction phase? The alert reader will notice that we use the phases of the ecolution matrix: destruction – deconstruction – construction. These form a sort of S-curve that keeps waving through time. Still the vigilant passenger can influence, or at least dance with the waves and look for points of return – or forward – to construction. More than often this goes via deconstruction. The dance of the wizard contains three major steps. In terms of the curious student we might better use the words ‘solution finding cluster’:

At this point the student asks ‘The title of the book represents a call to action. May I ask WHO is being called to action? Who has the will and the power to implement change? And how?’

This is a strong point. Who will make change happen? Who strikes the match that sparkles the fire? This person we call, as mentioned before, a Self-Producing INdividual, a SPIN in short. A new kind of entrepreneur, that doesn’t wait for things to happen, but acts. If no one wants to publish your manuscript, produce your script for a show, arrange your paintings into an exhibition, generate renewable electricity, grow healthy food, or help you to do whatever you want to realize, you do it yourself if you are a SPIN.

You cannot do all this by yourself. The SPIN needs help and support of service providers, somewhere, somehow. He or she needs other SPINs to share experience and knowledge. In short the SPIN needs a network. This network of SPINs is available through the Internet, in social coherent neighbourhoods, at University campuses, and will expand through the Internet of Things not in the least by the development of, for instance, the 3D Printer that allows individuals to produce the necessary goods right then and there where these are needed. The SPIN does not give in to diseases, abuse or hierarchical systems. The SPIN does not surrender to what cannot be done. He or she does not accommodate. ‘Never be bullied into silence,’ American actor, writer and singer Harvey Fierstein stated. ‘Never allow yourself to be made a victim. Accept no ones definition of your life, but define yourself.’ Design and build your own house, school, bank, whatever. Grow and eat your own vegetables, cultivate your own fruit. Generate your own energy. And take care you do it with respect for other people, lives and living, for nature and the environment.

Any living system that succeeds in reproducing and maintaining itself, can be characterized as a SPIN. A SPIN develops and renews him or herself continuous, thanks to all the others. The SPIN is active part of expanding networks. One SPIN may be small, but together the SPINs are adding up to an irresistible movement. A movement that unites and divides. It unites all kinds of people across borders, and it divides the Good, the Bad and the Ugly. A SPIN does not correspond with a battlefield full of soldiers. It resembles a room filled with computers, handled by a few hackers who are capable to enter and design all kinds of cybersystems. The SPIN Network neither corresponds with an office, overcrowded with administrators, nor a school with thousands of pupils. Multitudes are out of time. A SPIN hates strategies, policies, central planning, hierarchies, formal leadership, sophisticated visions, fake missions, stepping stones, marketing formulas, top down directives, et cetera.

Self-organization is the common denominator for this phenomenon, often accompanied by reciprocity. If you help me, I will assist you. The number of cooperatives formed by users along with providers, or where the user is also the provider, is growing. Energetic citizens, supported by new institutions, take command of the game everywhere and national governments, middle managements, regional boards and municipalities leave them to do so, as long as no conflicts arise.

The SPIN has discovered, that access to knowledge and technology in combination with a network of like-minded people (relationships) is the only necessary thing needed for change and self-governance. Therefore a SPIN is footloose. He or she chooses to be in the place where he or she feels at home. This is an opportunity for lost and greying regions and cities such as Eindhoven, Tilburg, Antwerp, Hasselt, Leuven, Maastricht, Groningen in the Netherlands and many more around the world. The advice to such sleepwalking villages and cities is: Facilitate the SPIN who is attracted to your town, village or region, follow the energy and sustainable economic and social progress will happen.

The self-producing individual, SPIN, is the personification of the future economy and society. He or she is a dynamic source, agile and lean. The key element is plasticity (easy to reform). Organization shall grow from the bottom up, with plenty of room for spontaneous, personal interpretation. The SPIN cherishes freedom and hates bureaucracy.

This is a construction (wo)man, guided by own intrinsic ambitions, motivations and objectives. He/she is also called the horizontal human being, because of the flat organization principles and adaptive attitude. The SPIN is capable of learning in triple loops, to change behaviour if he or she feels this is necessary. The SPIN is the inventor of new technologies and shares these so they can be improved or adjusted to other circumstances. Restrictive regulations, procedures crumbling under slack, and red tape are cut by the SPIN. Decisions are made by the people involved, because they can. They share knowledge and the awareness to decide for themselves with respect for the others and other life forms on Earth. The self-producing individual is thus a creative being. And the amount of SPINs is growing. This fits into a social model, which is consistent with the Existentialist view of the essence of being human. People can create their own environment, write their own history and live their lives in the freedom they desire.

On territorial matters (energy, placemaking, environmental issues) social cohesion will grow organic within the neighbourhood, community or region. The relationship between origin and destination shall be restored in several ways. Through urban farming – fruits and animals, through local power generation, by master-apprentice training, by neighbourhood care, direct democracy et cetera. People are becoming aware of their interdependence, of interrelational patterns and start to own responsibility for the whole. Once they are aware of their power to lead the lives they have reason to value (Amartya Sen), they will become Self-Producing Individuals themselves and be able to work the magic of the Joint Effort Society.[3]

More on JES! Towards a Joint Effort Society

[1] This text builds on a study that the writers did on behalf of innovation network, September 2013. Sources of inspiration: Human Geography, Places & Regions in Global Context, 6th edition, Paul l. Knox, Sallie a. Marston; A Place in Space, Gary Snyder; On Diversity in the Periphery, a paper of advisors spatial development Maarten Bosman, Amir Jabbar and Mark Verhijde (2011); Borderland, history and future of the border landscape, Mark e & Henk van Houtum (2013) and The Middle Ages in the Internet era: What is happening around us?, Frans van der Strip (2011), Economics Unmasked, Manfred Max-Neef.

[2] Each SPIN is independent, free, autonomous and nested in a privately formed and chosen network. He/she cannot represent, or be represented. He/she represents him/herself. An important feature of the SPIN is, that s/he does as much as possible him/herself, together with those who feel the same.

[3] The SPINN (Self Producing Individuals Network) that is our current object of study, and the hope for the Joint Effort Society, is not a given, but a structure in the making, with plenty of room for personal interpretation, and, off course, for magic. What the new, open system will look like is the subject of research and imagination, or, dear reader, we can just wait for the future to happen. Because, as it seems to turn out, the SPIN will take care of it with or without science, governance, institutions, regulations, measuring, ciphering, models and plans. This SPIN, embedded in a network of like-minded, chooses action.